One of the Top German Classes in Bihar: German Language Centre

German has a lot going for it — it’s the second most spoken language in Europe, it unlocks prediction for the fourth biggest economy in the world, and it claims over 130 million native speakers. Before it was quite tough to learn German language but nowadays it is possible because you have many German Language centres in your area and if you are in Patna then GLC Patna is one of the top German classes in Bihar. One of the oldest and finest German learning Centre. If you are thinking about why to learn German language then you is wrong other than English you must learn German because you never know when the German language is required, maybe you want to be able to communicate with German relatives or to travel to Germany during your summer break, or prepare yourself for study in a German-speaking country. Maybe a German exchange student sparked your attention, or you have a friend who suggested it or you just like the way the language sounds. So come and enroll yourself in one of the top German classes in Bihar.

Try to discover a new side of yourself:

Many language learners attest to having slightly different personalities in different languages. Distinct intonations, accents and gestures are inextricably linked to language. Accommodating to this requires an adjustment to the way one naturally behaves in social settings. This may sound a little frightening, but don’t worry! You will notice a gradual, organic change as you become more talented at expressing yourself in new ways and different aspects of your character shine through. You will feel proud of yourself because you know more than two languages we GLC Patna help our students to learn the German language systematically. We have regular classes timing schedule is different from your schooling timing if you are a student and if you are working person then you have different timing so come and try to innovate new things within yourself we are one of the top German classes in Bihar among all other German classes in Bihar.

German is an important language in the fields of science, history, philosophy, literature and art. People looking to follow graduate degrees in these fields often find that being able to read German is a precondition. Even if you don’t apply your German skills to such high-minded activities as master’s degrees and doctorates, learning another language is simply good for your brain. Studying a second language has been shown to improve memory, problem-solving skills, abstract reasoning, and empathy and even postpones the onset of dementia! There’s really no good reason not to learn another language! So we GLC Patna is one of the best German classes in Bihar who will help you out to show your talent and become more intelligent. Along with the German Language, we teach our students German culture also. In the whole Patna city, you will not get any other German Language Centre like us i.e. GLC Patna we are one of the top German classes in Patna. Our classes are unique and memorable every student enjoy while classes are going. That is why German Language Centre Patna is different from other German classes in Bihar.

German is popular in India:

Some people might think why to study a popular one? An important reason to learn? Well think about Dutch currently, there is no programme in the Dutch Language in India. Not at any Indian university or private institute, as far as we are aware. If you want to learn Dutch, you have limited options when it comes to books, teachers or even speakers and it can rapidly become frustrating when you feel like your progress is stagnating for a lack of enough resources. German is the second most popular foreign language in India after French. Since it is the second most-learned foreign language in India, you will find a huge number of study material or resources to learn this fascinating and attractive language. You are lucky that you have GLC Patna in your city otherwise your dream to learn the German language will remain as a dream only if GLC Patna was there. GLC Patna is one of the top German classes in Bihar. Teachers are extremely talented and well educated. They have full knowledge of the German Language. Classrooms are decorated with different types of German letter. People in Patna rated us as one of the top German classes in Bihar among all other best German classes in Bihar. People easily trust GLC Patna because they are excellent. After you complete your courses they will give you are proper certificated with your degree. So come and explore yourself in your German language centre i.e. GLC Patna.

It is the second most commonly used scientific language. With more than 250,000 scientists functioning in Germany, It is the third largest contributor to research and development and offers research fellowships to scientists from abroad. More than one hundred Nobel Prizes have gone to shining Germans for activities in Science, namely medicine, chemistry, physics, and other areas. Throughout history, their scientists have confirmed themselves time and again to be great innovators. That trend continues today. So if you want to show your talent in the German language then come enrolled yourself in German Language Centre, or GLC Patna- one of the top German classes in Patna. You can create a bright future with us. Come and join GLC Patna one of the top German classes in Bihar among all other German Classes in Bihar. 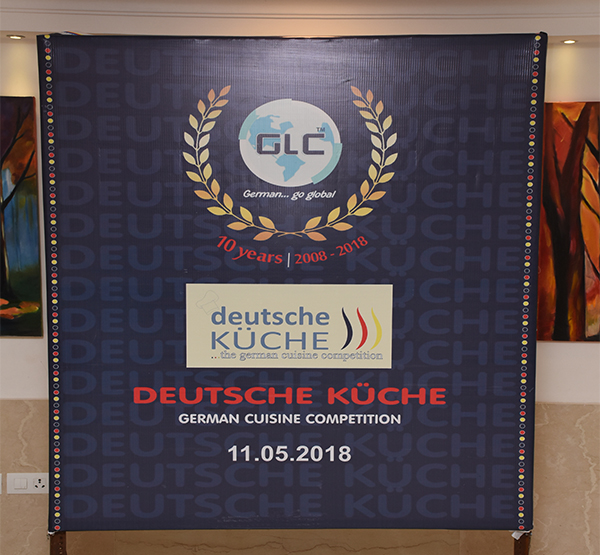 Ever since our establishment and the start of our journey from a tiny office building in Patna, we have now built quite a for outseles amongst the Culturally elite in India.